Would you like to switch to the accessible version of this site?

Don't need the accessible version of this site?

S.A. Wilson Organic Coffee for Enema in the office 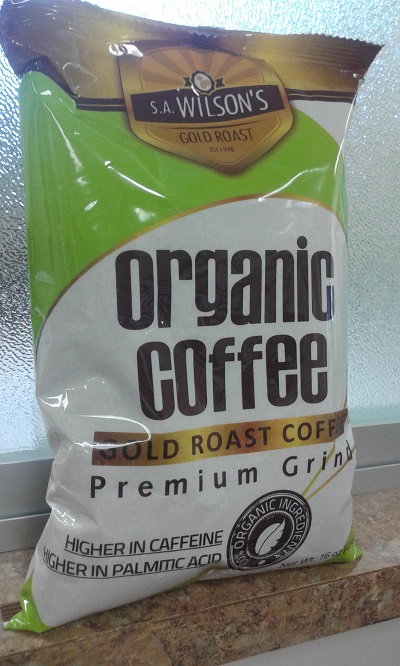 Why is s.a. Wilson’s gold roast coffee recommended more than any other coffee? The answer is quite simple, higher levels of what people want and lower levels of what people don’t want. Of course, that sounds much easier than it is to accomplish. At  S.A.Wilsons, we had to develop a different and proprietary way of processing the coffee as well as selecting a very specific variety of certified organic coffee beans to produce a product that an independent laboratory has confirmed is higher in what we want and lower in what we don’t.

So what is it exactly that we want?  Well, according to researchers the most import elements we want in our coffee are Caffeine and Palmitic acid. So work began on how to make that happen, naturally and without additives. First, a precise selection of organic coffee beans was developed, different beans from different parts of the world are naturally higher or lower in what we were looking for. Next, we found that traditional coffee roasting techniques destroyed much of what we were trying to retain.  After many trials and errors, we were finally able to process a coffee that kept what we needed and as we later found out had much lower levels of things we didn’t want.

What exactly did we accomplish with all this bean selection and processing research? We were able to produce a coffee that is up to 44% higher* in levels of Caffeine and in the more important Palmitic acid levels, we were able to produce levels up to 87% higher*. All produced naturally without the use of any chemical additives.

What is it that we don’t want? Well to start with we don’t want any residue from chemical pesticides and fertilizers. Since the regular commercial coffee crop is one of the most chemically treated crops in the world this is indeed an issue. That is why all the beans we use are 100% certified organic and they have been certified by a North American certifying agency such as O.C.I.A. or Q.A.I.

Before we go into the next section I want to make it clear that we do not believe any certified organic coffee is harmful. Coffee is a bit of a balancing act as it has so many things that are good for you but it also has some bad. So if you picture a scale with the good and bad of coffee I believe you would see it in perfect balance or even tilted to the good. What we are doing at s.a.Wilson is stacking the good side and removing from the bad. Below you will read one of the results.

Coffee, even certified organic coffee, when roasted in the regular way has seventeen known carcinogens. That’s 17 things that are known to cause cancer. One of the worst of the group is Acrylamide. Testing for these things is very expensive. We felt it important to know how our coffee faired against regularly roasted coffee. It was and is our belief that the carcinogens found in coffee develop during the roasting process and since we process the coffee so differently we felt the levels would be much lower if they were there at all. As of this time we have only been able to afford to test for one, Acrylamide, and the results astounded us. While there were some trace amounts found in our coffee, independent lab test showed that s.a.Wilsons coffee had a full 80% less, that’s right less, than a commercially available certified organic coffee roasted the traditional way. We feel the results will be similar for the remaining 16 carcinogens and we will be updating this site as the new results become available.

Congratulations to Baker Chiropractic and Acupuncture on being the on top Chiropractor in Bridgeton ranking of 2015.
Verified by Opencare.com

Find us on the map